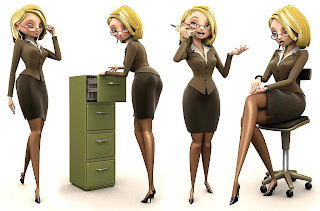 There has been some hot gossip making the rounds of the New York media world lately, and it involves a pair of breast implants.

Apparently, a writer at Brides magazine – which is owned by media giant Conde Nast – called a couple of long-time friends into her office, closed the door, lifted her shirt and revealed her sparkling new breast augmentation – which was neatly wrapped up in a post-surgery sports bra.

Mouths flapped, and word of the incident traveled like wild fire through the office.

And then HR came knocking on the door.

The axed editor is livid, and has since sued Conde Nast for wrongful termination.

“It was within the confines of my office, behind closed doors. There was no nudity involved. They were personal friends who I had known for years,” she told the New York Post.

Lesson: Resist the urge to talk about or show the girls off at work. You might just end up walking the plank.